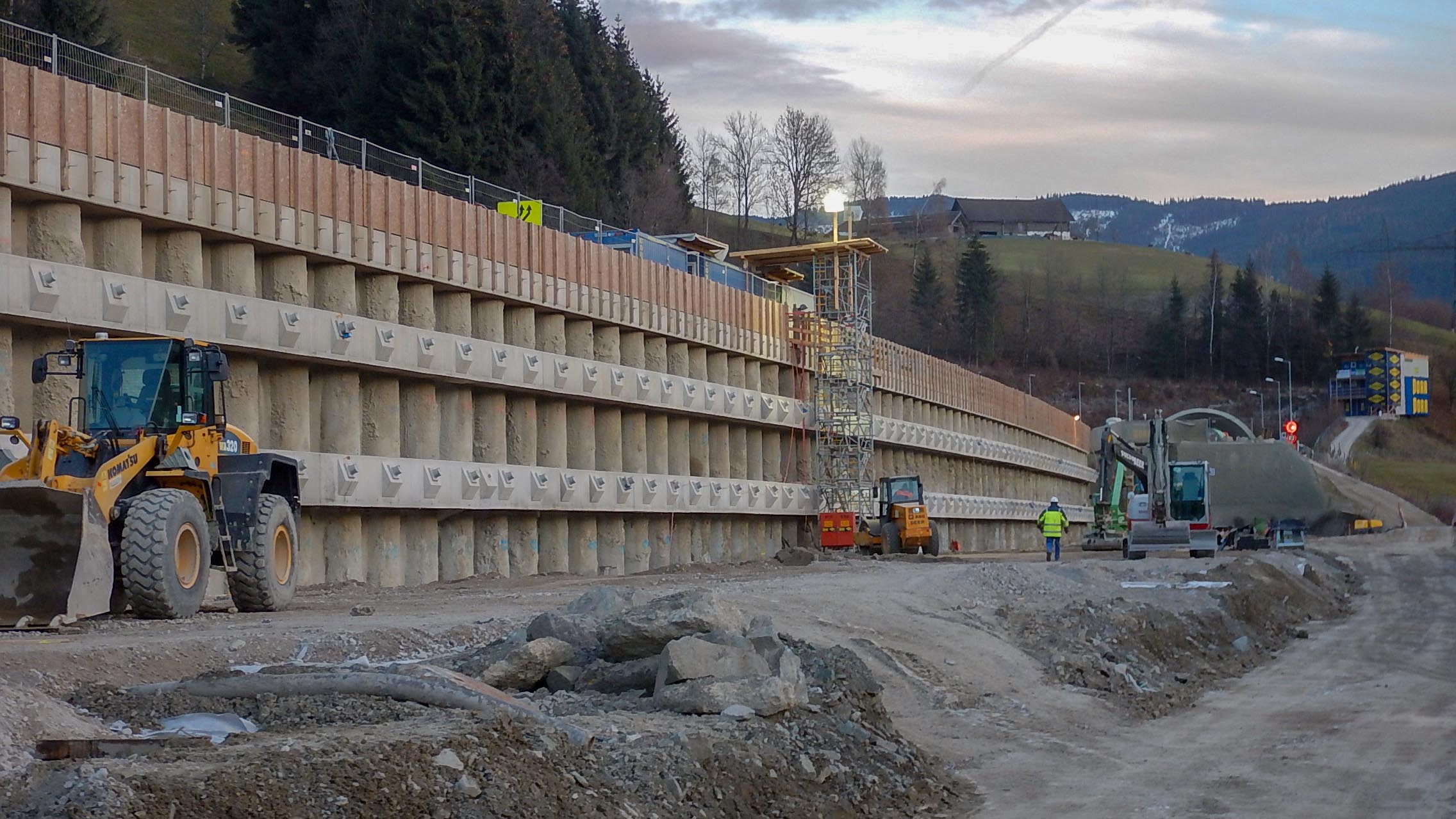 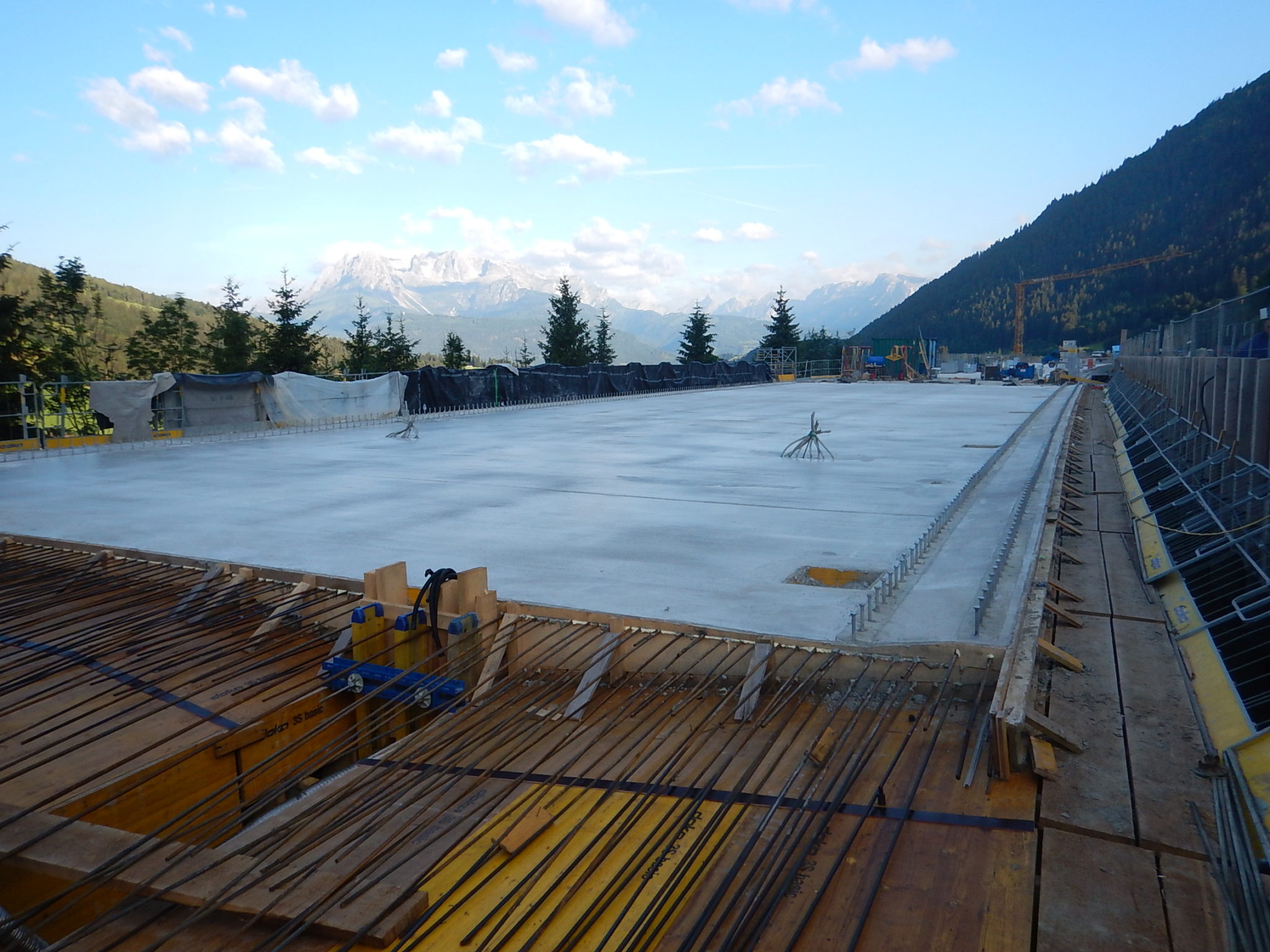 A permanent solution for subsidence of the A10 Tauern Motorway carriageway in the Reitdamm area is to be provided by a slope bridge on the steep valley side.

Firstly, a bored pile wall was constructed to allow traffic to continue to use the Salzbourg-bound carriageway during the works. The wall was supported by cable anchors installed during removal of the valley-side dam. The foundations for the abutments were constructed with large-diameter piles into the rock. The slope bridge consists of seven concrete pours, including both reinforcement and prestressing tendons. A reinforced earth protection dam in the Flachau area and a cable-anchored retaining wall adjoining the Reit Tunnel were also constructed.