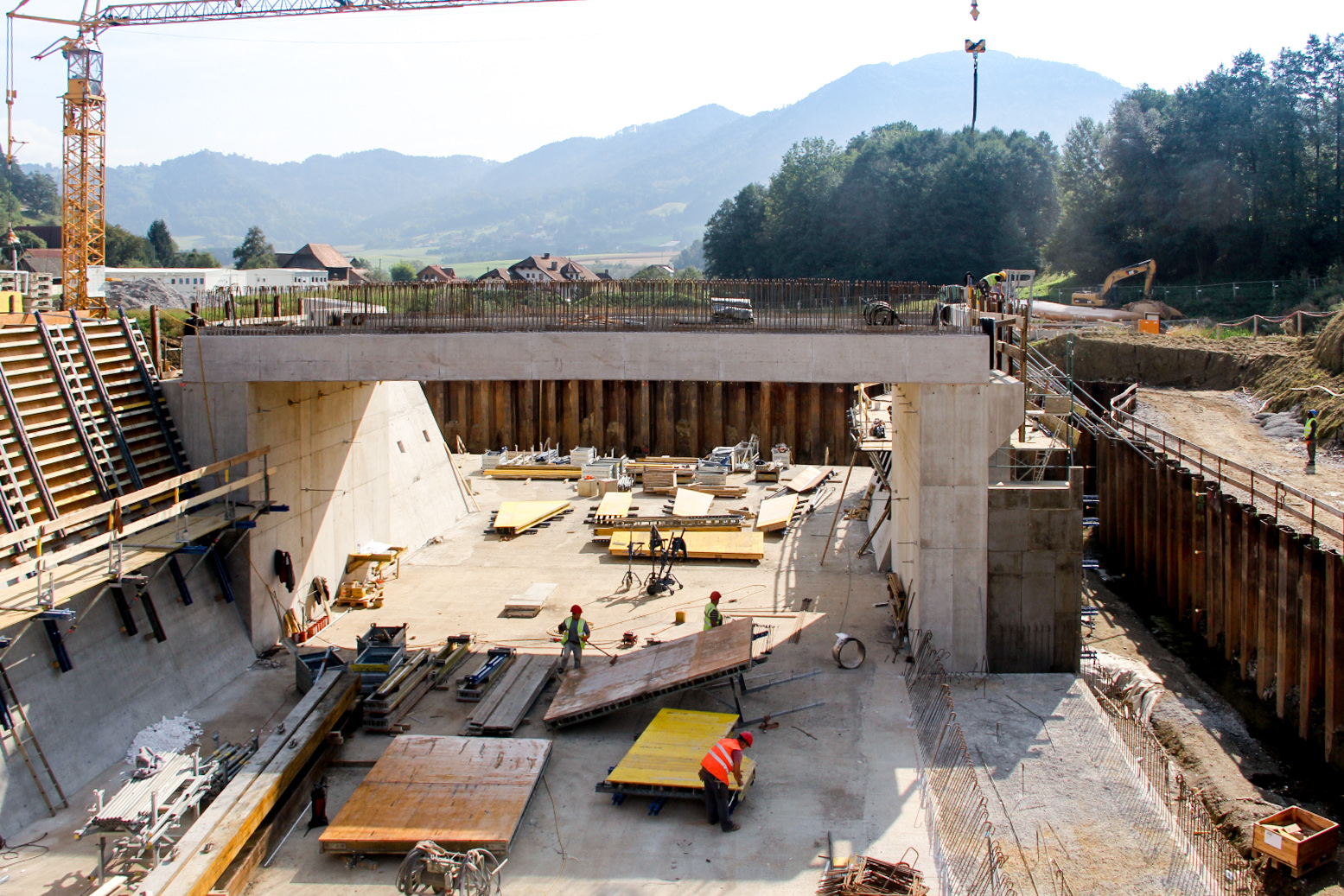 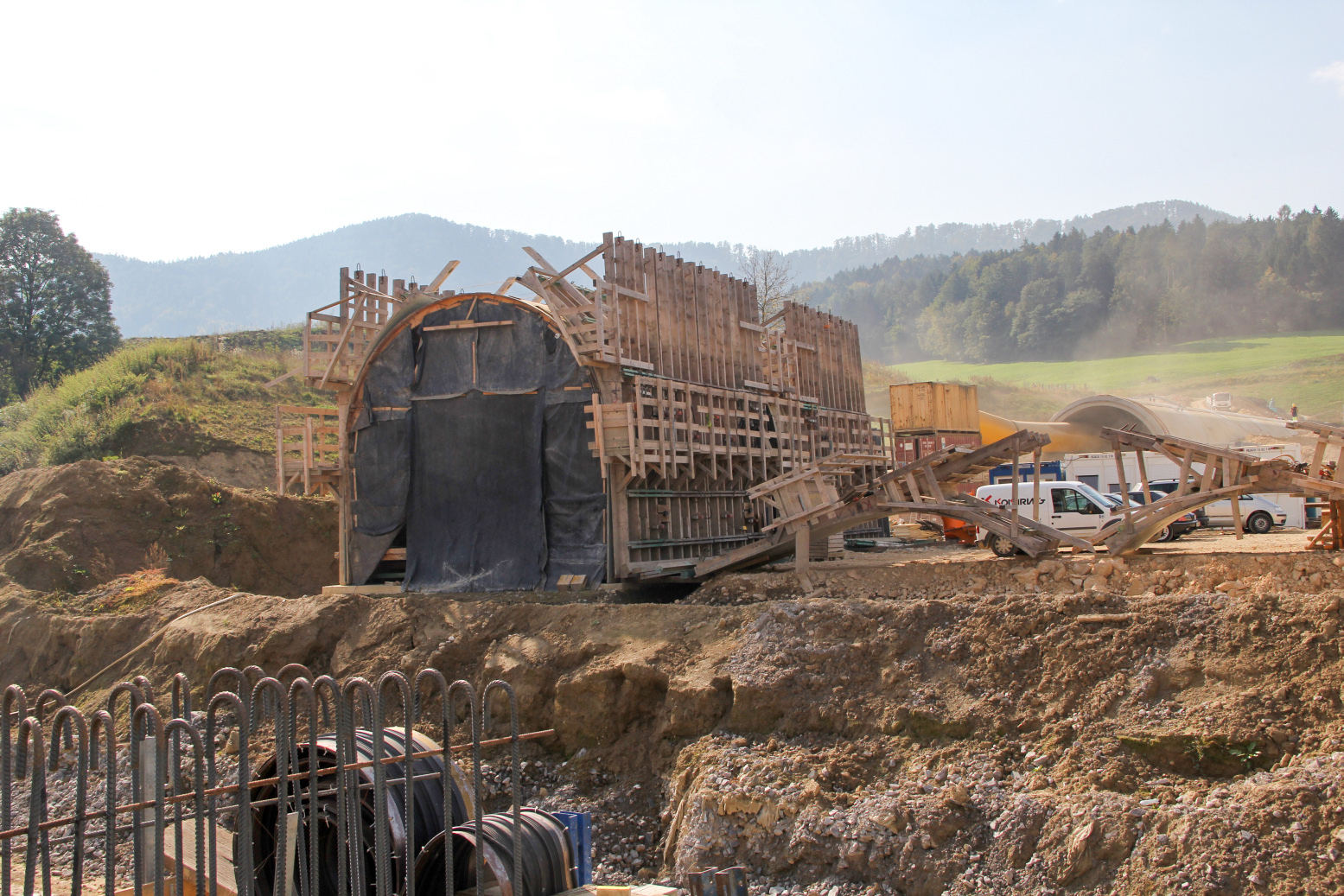 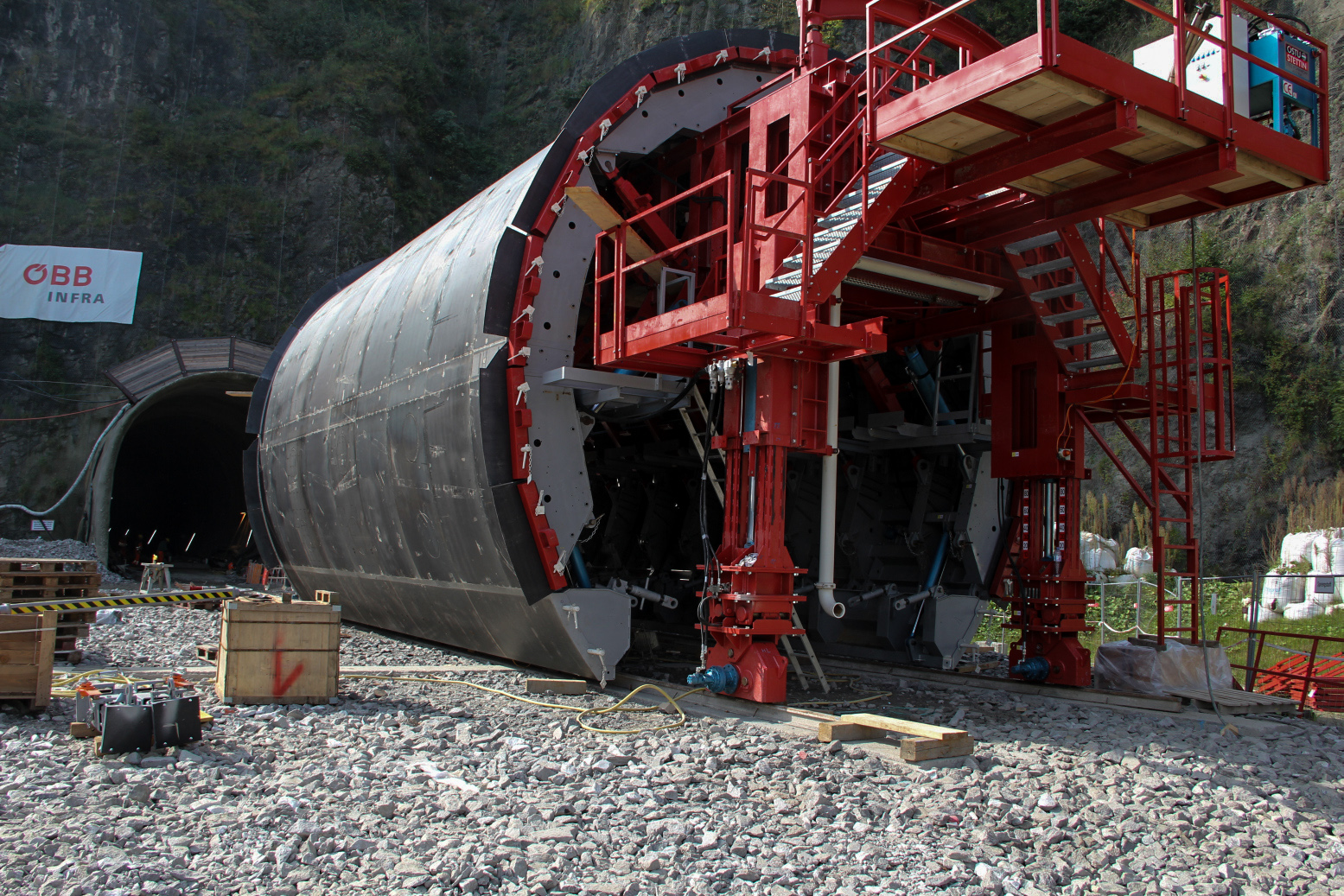 Two tunnels are converted to one in operation

The railway route between Graz and Klagenfurth, St. Paul - Aich section, is part of the Austrian high-performance railway network and is located at the Koralmbahn of the south-bound route. The tunnel system is unique due to the subsequent subsurface crossing of two mountain ridges which are connected to one another by open-cut structures and a tunnel bridge.

The Granitztal tunnel chain is the second-longest tunnel system of Koralmbahn and is located west of the Koralm tunnel and the new Lavanttal station. It comprises the Deutsch Grutschen tunnel, the Granitztal open section and the Langer Berg tunnel, which will be connected to a single, continuous tunnel system in completed condition with a length of 6.1 km. The two track tubes are connected by cross passages with a spacing of max. 500 m; the cross passages are intended both as escape routes and access routes to the service spaces. The tunnel tubes are driven by cyclic heading and cut through miocene sediments, carbonate rock, dolomite rock and Werfen formations from the Permian-Mesozoic period. A special challenge presented the requirement for cross-cutting through an anhydrite zone, which required implementation of constructional measures for an increase in durability of the tunnel structure. Another equally demanding challenge was installation of the open-type construction, implemented as “waterproofed tank”, which could only be built after production of prestress shells for settlement minimisation due to the existing reservoir sediments and thus required a highly elaborate mass disposition concept. A cut-and-cover tunnel bridge, of which the middle section ensures crossing of the Granitz stream, is a special feature of this project. Upon order by the local construction supervision authority, material management in collaboration with the Lavantboden landfill was also performed. In addition, construction site coordination in accordance with BauKG was also part of the project.