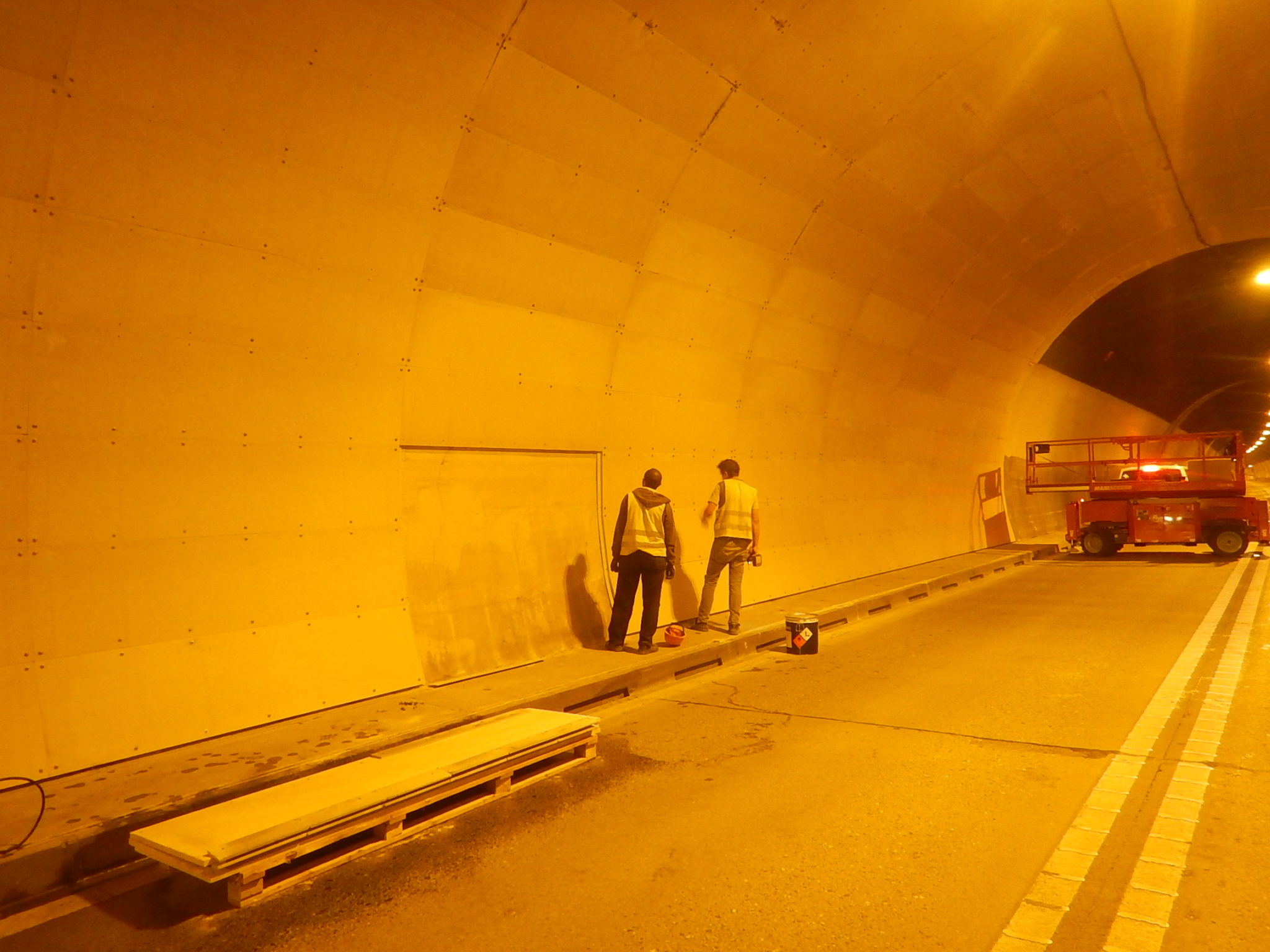 The Dalaas Tunnel lies on the S16 Arlberg express road. The tunnel creates a bypass around the municipality of Dalaas between the junctions "Wald am Arlberg" and "Dalaas" and has been in operation since 1979.

The major part of the works are to bring the existing tunnel into line with the Austrian road tunnel safety law. Additional emergency escapes are to be excavated parallel to the existing tunnel. Control buildings for the electronic equipment in the tunnel are to be constructed at the portals. Damaged concrete at the portals and galleries is to be removed by hydrodemolition and replaced. Fire retardant panels will be installed in approx. 480m of the western section. The upper reservoir for firefighting water will be enlarged to a capacity of 108 m3 in accordance with Austrian roads guidelines. An emergency vehicle access is to be constructed at the the eastern portal. Foundations and cable troughs are to be constructed in the open-air sections to support the upgraded mechanical and electrical systems.